The Budworm Tracker program is seeking volunteers in northern Maine to assist in its citizen science program, according to a recent press release from the Maine Department of Agriculture, Conservation and Forestry.

The program, part of the Healthy Forest Partnership, will provide a better understanding of how budworm populations increase and spread.

“The Budworm Tracker team wants to engage interested citizens to help us conduct research and monitor spruce budworm populations in their own backyards and woodlots,” said program coordinator Emily Owens. “Our team is trying to better understand the extent that migrating moths coming from an outbreak, such as the current one in Quebec, might play a role in the rise and spread of spruce budworm.”

Several hundred volunteers have signed up in Canada, and 30 to 40 volunteers are sought in Maine. Those volunteers will be asked to trap and collect spruce budworm moths at least once per week during the flight season, which lasts between June and August, and send the data to researchers. 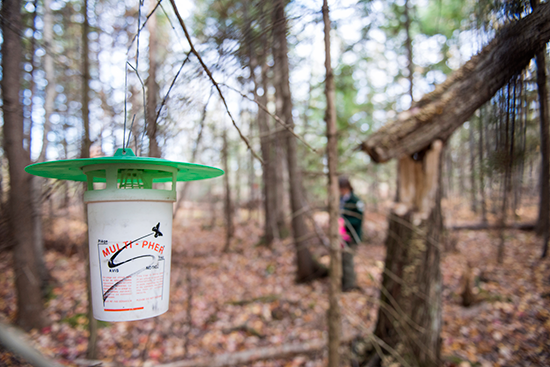 Traps and instructions are provided, and a short video is available for those who might be interested.

Researchers are trying to sign up volunteers in the northern half of the state, from the Canadian border to Bangor. For more information, go to budwormtracker.ca or call Emily Owens, program coordinator, at (506) 452-3507.